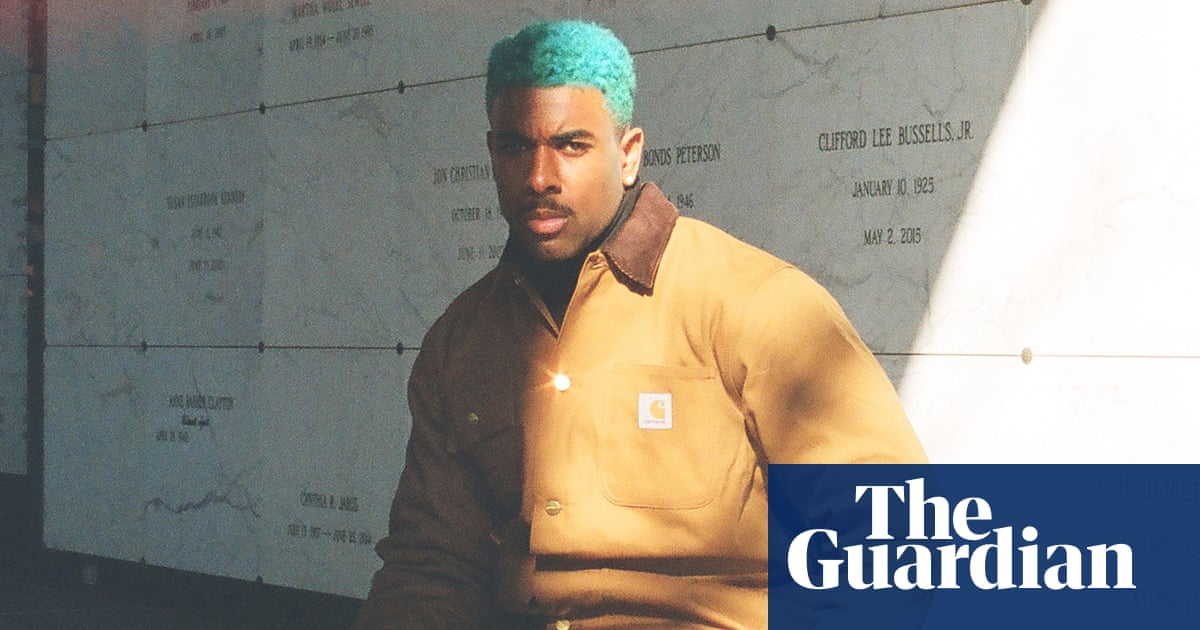 A few years into his NFL career, Antone Exum Jr showed up for training with his nails and toes painted. “People were like: ‘Bro, what the fuck?’” he laughs now from his home in Richmond, Virginia, his cropped turquoise hair accentuated by matching eye makeup. “They were so shocked.” It soon became a regular occurrence, with Exum dubbed “the Dennis Rodman of football” in honour of his outre style.

Now the 29-year-old former safety for the San Francisco 49ers has switched focus to music and is about to drop his surreal, genre-blending debut album, Xardinal Coffee, as EXUM. “I don’t tie myself into any one thing,” he says of his career shift. “I want to be as free as possible.”

Music first started to rival Exum’s childhood obsession with sport – basketball was also an early career option – in his early teens, via notepads filled with poetry and lyrics. Even as his American football career took off he’d often entertain his teammates with sideline freestyle raps. “I remember the owner of the team grabbed me and was like: ‘Hey, I heard your music, that’s cool, you never know where this thing can go,’” he says. “I thought they were going to shun it because I should have been focusing on football.”

After an injury ended his 2016 season with his first employers the Minnesota Vikings early, Exum started recording songs, before connecting with Norwegian producer Erik Samkopf in 2018 and working in between games on what would become his debut. Their remote collaboration saw songs fired off across continents with barely a word spoken. “I was emailing him demos over beats I found on YouTube, then he’d strip the music out and produce over the lyrics,” he says.

It lends the album a dream-like, collage texture, assisted both by ambience (the low-slung rap creeper Wolves Eat Wolves was recorded in the dark), and pharmaceuticals (Portabella Mushroom’s eerie paranoia was inspired by a magic mushroom trip). In the artful video for new wave lead single Dark Kept Secret, Exum leans fully into his art, dancing on a giant blue star before sporting a skirt while sitting on a horse. It’s a far cry from the hyper-masculine NFL world, which he left behind after being cut from the 49ers roster in December 2019. “I love bringing the androgynous attitude to everything I do,” he says, citing one of his biggest inspirations, David Bowie (also the name of his dog). “I love open sexuality. [Societal norms] don’t matter to me.”

And if he had his way there would be no singles, just album after album. “It’s like: ‘You need to drop a single so you can get some buzz,’ but I’m already massive in my own head,” he smiles, before shaking off the shackles of his old life. “I take no form. The only thing I resonate with is the essence of me.”

Dark Kept Secret is out now