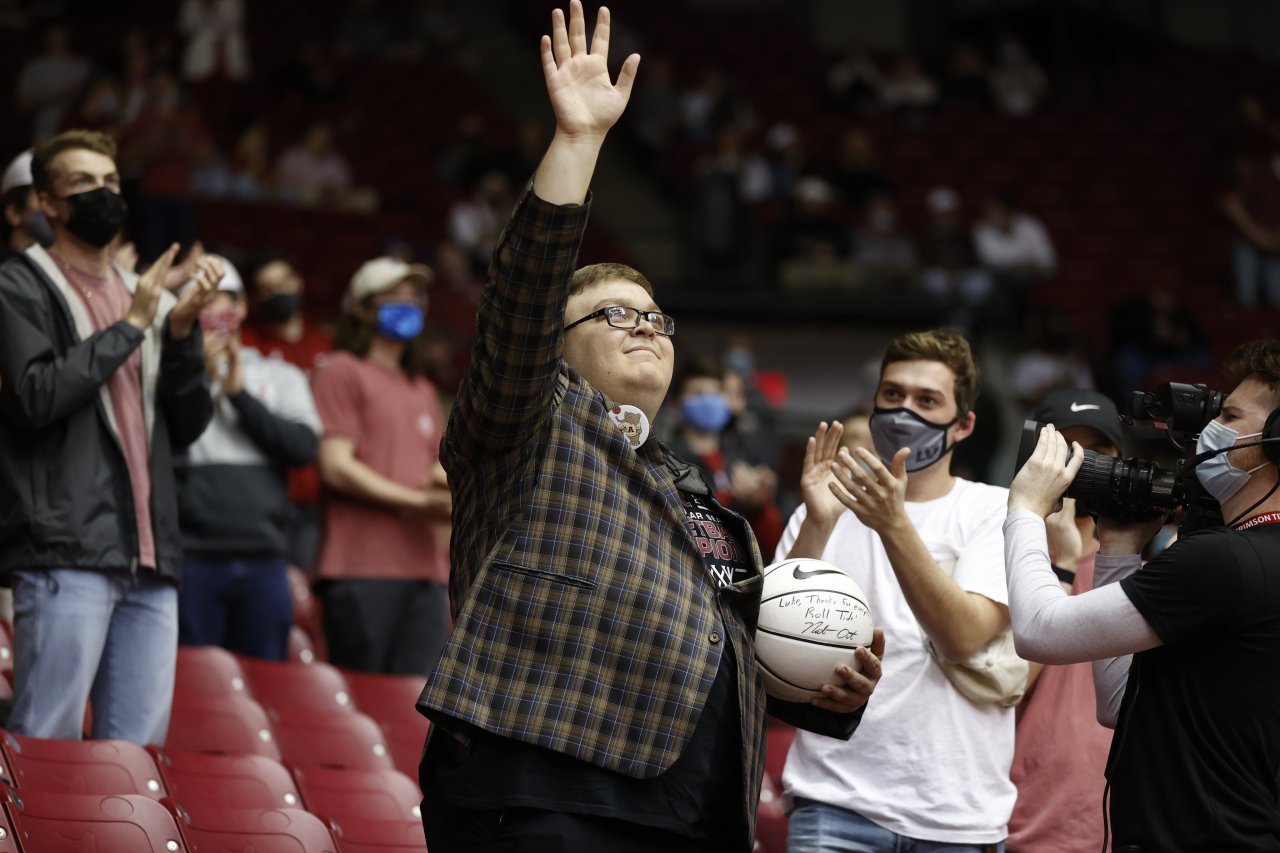 The news was confirmed by the Alabama men’s basketball team Twitter page Friday night. The cause of death was not immediately confirmed, although Ratliff’s mother, Pamela, had tweeted earlier for people to keep her family in their prayers.

“We will forever remember our #1 fan,” the team tweeted. “We love you @fluffopotamus88.”

A North Carolina native, Ratliff was a constant presence at Alabama basketball games, cheering on the team from the student section. In an interview with The Tuscaloosa News, Ratliff said basketball became a natural love for him early on as a student at the University of Alabama.

“Football, especially here, it seems larger than life. It seems like it’s not something you can touch,” Ratliff said. “You go to the games but you don’t really have a connection with it.

“College basketball is different because it’s literally right in front of you: You can see it, you can touch it, you can go to it 16 home games a year. It’s tangible, that’s what’s endeared me to it. College football, especially in the SEC, has a sort of pageantry about it where it’s all this pomp and circumstance involved with it, but, basketball, college basketball as a whole, is just a chaotic entity where every person has a hand in what happens, and I enjoy that because as a student I can have an influence; me and a group of other people can have influence what happens on the court.”

In fact, Ratliff’s support for the team was so renowned that it was recognized during the team’s last home game of the season against Auburn March 2, where he received a team ball signed by head coach Nate Oats. He also received a standing ovation from both the team and crowd.

“It was certainly an emotional rollercoaster because after that game, we cut the nets and it really started to sink in: this is really it. I’m not going to come back here again as a student,” Ratliff told CBS 42’s Drew Carter earlier this year.

In a statement released on social media Friday, head coach Nate Oats honored Ratliff and his commitment to the team.

“Devastating news. Doesn’t seem real,” Oats wrote on Twitter. “Fluff has been our biggest supporter since day one. Put all he had into our program. Loved sharing this ride with him. You’ll be missed dearly my man! Wish we had one more victory cigar and hug together. Roll Tide Forever.@fluffopotamus88.”

In the wake of Ratliff’s death, many have offered their condolences, such as Alabama forward Alex Reese.

“Devastated,” Reese tweeted. “You’ll be missed, Fluff. We love you.”

Many others joined the chorus of condolences and tributes to Ratliff.