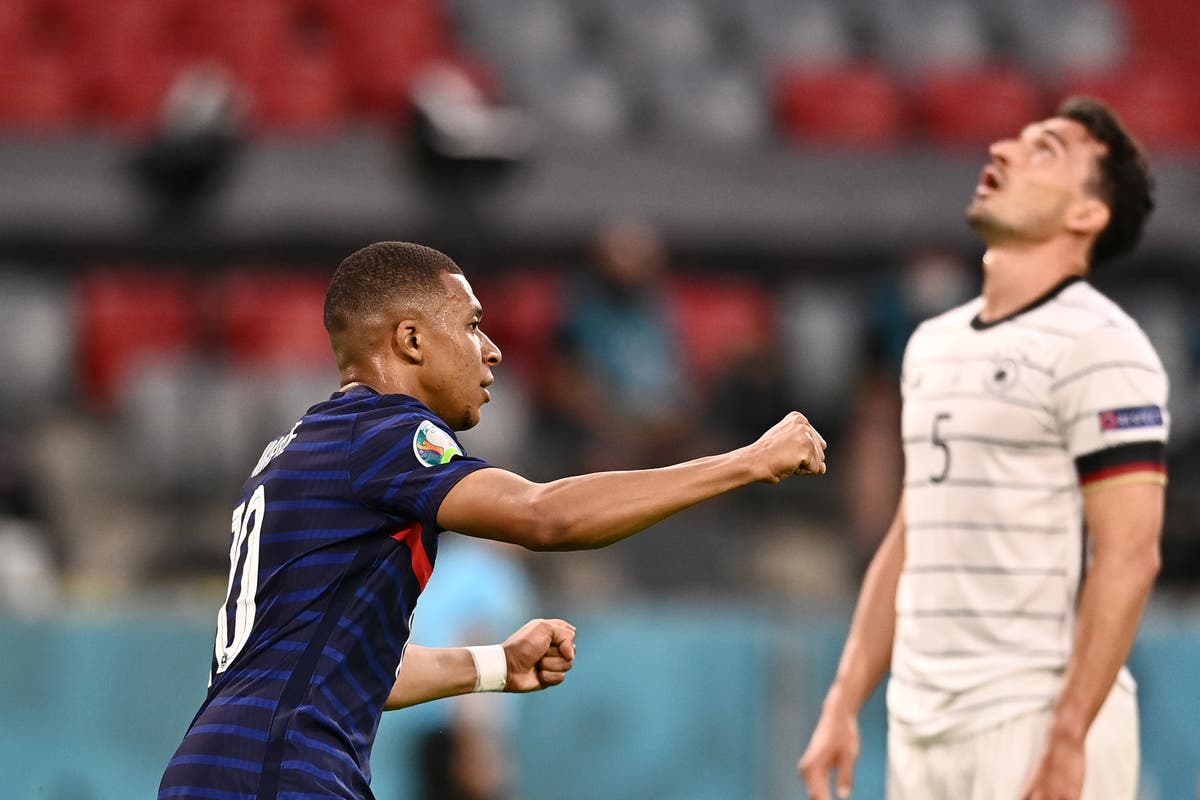 Mats Hummels scored an own goal as France beat Germany 1-0 in their Group F opener at Euro 2020 on Tuesday night.

Experienced defender Hummels was attempting to stop Lucas Hernandez’s cross from reaching France forward Kylian Mbappe, but he could only divert the ball past Manuel Neuer into his own net in the 20th minute.

Both teams had chances to score; Ilkay Gundogan wasted Germany’s best opportunity of the first half when he couldn’t direct his shot on target.

France twice put the ball in the net in the second half but both were called back for offside; Mbappe sent a curling shot inside the far post midway through the half but was flagged off, and was maginally off again when heturned provider for Karim Benzema late on.

Germany had never previously lost an opening game in the group stage at the European Championship.

“It was a brutally intense game and we fought until the end,” Germany coach Low said. “An own goal decided it. I cannot blame the team because we fought a lot. We maybe lacked a bit of punching power in and around the box.

“Tomorrow we have to process things but look ahead. We lost, we are disappointed, but we still have two games and we can fix it.”

Pogba: France must live up to world champions tag

Paul Pogba was named man of the match, and told M6: “The team performance is the most important thing. Without them, I wouldn’t have played as well. We all put the effort in.

Didier Deschamps told M6 after the game: “We played a great game against very good opponents. I knew my players would be ready and we were up for the fight.

“We weren’t far away from scoring the second goal that would have made us safe, but we didn’t suffer that much in the second half. It was a strong match with quality and talent.”

‘French defence can win them the title’

While the French attack is clearly talented, Roy Keane believe it is the defence that can lead them to glory at Euro 2020.

“That’s a defence that can win them the title. They are brilliant at the back.”

That’s it! Three valuable points for France – and for all their attacking talent, it was an own goal from Mats Hummels that decided the result.

The French were well worth the win, seeing two goals ruled out for offside – but if we’re being completely honest, they didn’t really need to do a huge amount given Germany were toothless in attack.

96 mins: The ball doesn’t fall for Germany, and France win a goal kick. That should be that…

Sub for France with Rabiot finally making way – on comes Dembele, presumably for a bit of pace on the break.

A hopeful ball into the French area, but it’s too high for Werner – a strange tactic given Germany don’t have a target man out there after taking off Havertz.

Muller does well to find space and dig out a cross, but it’s cleared.