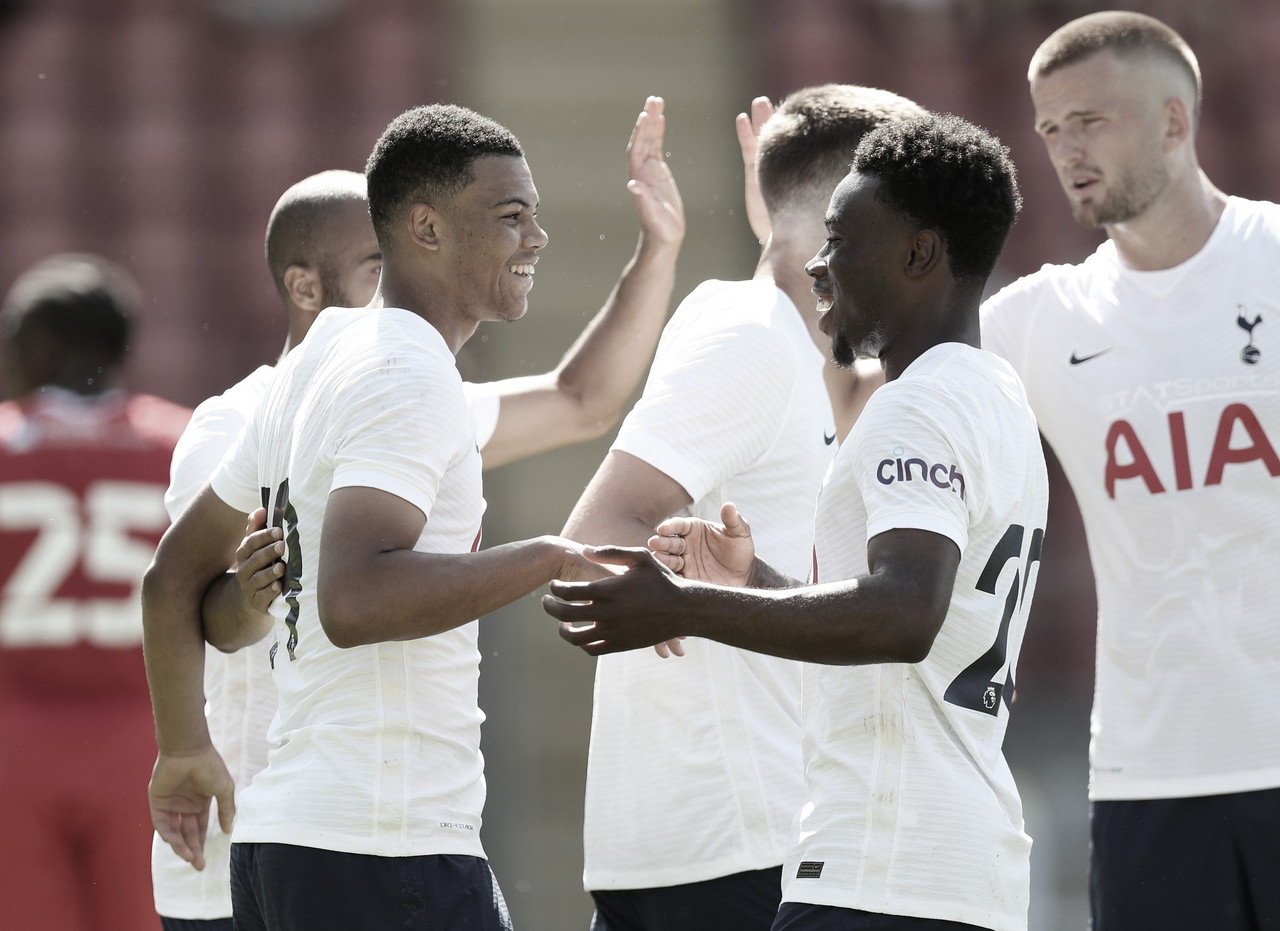 Our coverage of the friendly match Colchester United vs Tottenham Hotspur comes to an end, thank you for joining us! Stay tuned to VAVEL.com to keep up to date with the world of sport.

One more minute will be played in the match.

Only the end of the match remains. Colchester has shown few arguments to try to at least try to get on the scoreboard.

Nine substitutions are made for the home team.

The home team continues to try to take the lead, but Spurs hold firm.

Players who have recently entered the game are trying to quickly adapt to the dynamics of the game.

Six substitutions are made for the away team.

Brendan Wiredu is cautioned for Tottenham.

A great cross from the right was met by Dane Scarlett alone, but he was offside.

The second half of the match gets underway.

The first 45 minutes are over. Tottenham comfortably beat Colchester United 3-0.

The end of the first half is approaching. Tottenham dominated the game at will.

Son Heung-Min crossed from halfway down the right and Dele Alli popped up to push the ball in front of goal.

Freddie Sears received the ball with his back to goal, found Hannant, who shot, but the ball went over.

Tottenham once again had control of the action, although they were no longer looking for direct play, but rather for build-up play.

The home side has managed to neutralize Tottenham’s attacking intent a bit more and is trying to control the ball to get closer to the opponent’s area.

Colchester have been trying to get close to the opposition box, but have failed to do Spurs any damage.

Lucas Moura headed home Son’s cross towards the near post.

Son’s shot was saved by Shamal and sent for a corner kick.

Son Heung-Min scores after a quick start, where Steven Bergwijn left the ball for him to tap in.

Lucas Moura looked for space, left several opponents, took a shot across the face of goal, but the home keeper caught it.

Another Son delivery from the right, the Spurs captain headed again and this time the ball went into the left side of the net.

Son’s cross from the right, Dier rose to head in and almost opened the scoring.

The match between Colchester and Tottenham is underway.

We are now ready to bring you the action from this match between Colchester United and Tottenham.

How to watch Colchester United vs Tottenham Live Stream on TV and Online?

What time is Colchester United vs Tottenham match?

The presence of Son Heung-Min, one of the top stars of the Premier League and one of the main references in the last seasons of a team that wants to be in the fight for the league title again, stands out in the Spurs team.

Colchester is looking for its best performance

The previous season was not the desired one for Colchester United, who is looking to get ready in the best way, in order to look again for the opportunity to be promoted to the second tier of English soccer, a more than complicated task, which will have its coach Hayden Mullins.

The match willbe played at the JobServe Community Stadium

My name is Jhonatan Martinez and I’ll be your host for this game live. We will provide you with pre-game analysis, score updates, and news as it happens live here on VAVEL.