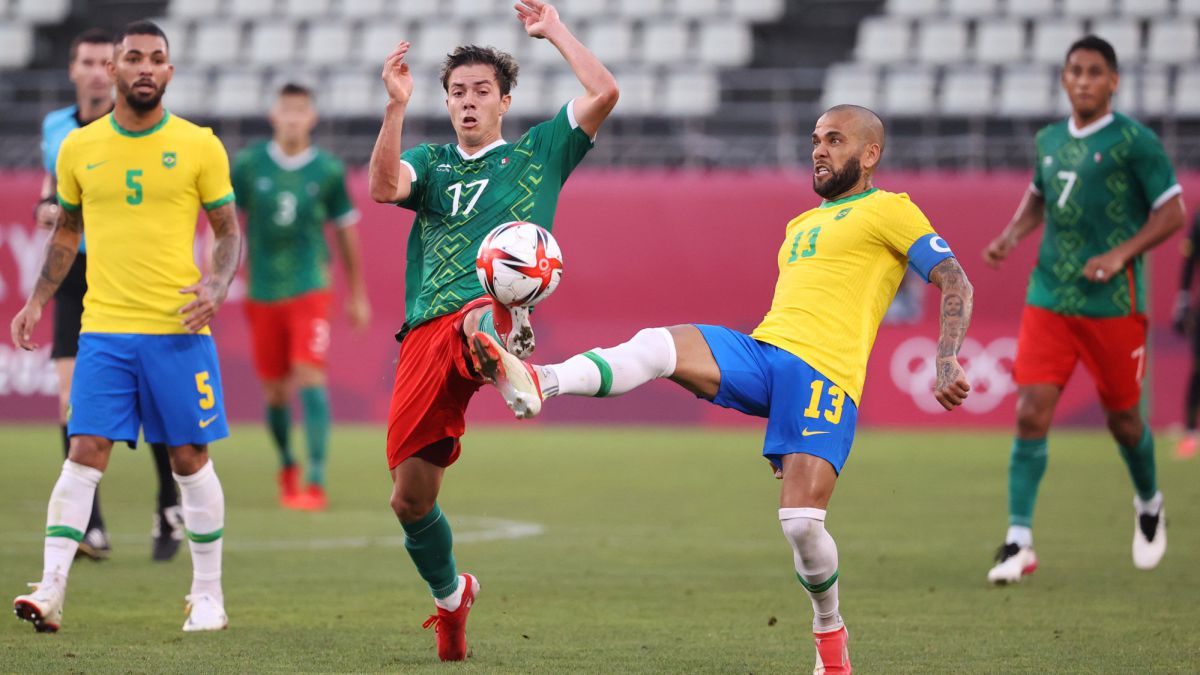 Brazil into Olympic final against Japan or Spain

Brazil’s shoot-out was flawless, Mexico’s very much wasn’t, and the defending Olympic champions will face either Japan or Spain in Saturday’s final in Yokohama. The Mexicans, meanwhile, will play for the bronze medal on Friday against the loser of today’s other semi-final.

After a very watchable first half, we didn’t get anything like as good a game in the remaining 75 minutes, as the teams struggled to show the creative spark that both had provided at at least some stage of the opening period.

Richarlison came the closest to breaking the deadlock when his header bounced back off the inside of Guillermo Ochoa’s post with 10 minutes left of the regulation 90 – but once we went into extra time, this semi-final had the look of a tie heading inexorably towards penalties.

We don’t have long to wait to find out who Brazil’s final opponents will be: Japan and Spain’s semi-final kicks off in Saitama very shortly, at 7am EDT.

That’s all from me – thanks for reading!