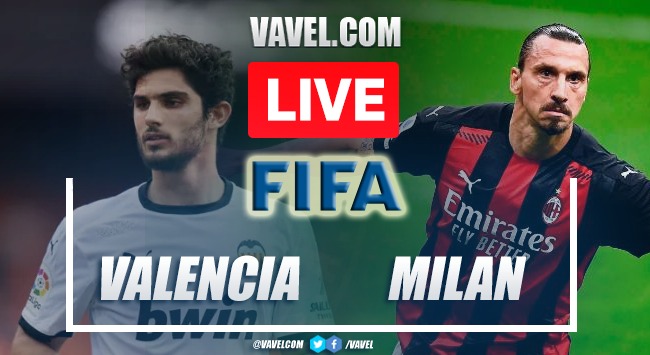 Thank you for following today’s match in VAVEL, im Santiago Suarez, see you another Day!

Ant the penalties are begining!

The match is going to go to penalties!

Krunic fouls Gaya pretty strong, and ends in a Big fight between many players!! ends in a yellow card for Rade Krunic

Min 81: one change for Valencia

He dribbles through the whole right side, gets Sobrino with a nutmeg, shoots, but Mamardashvili saves it!!

Min 74: what a ball for Giroud

Theo Hernandez looks up, finds Giroud, but he couldn’t shoot, because of a bad control!!

The corner ends at the attacker who shots at Mamardashvili’s hands!!

Min 60: What a save by Mamardashvili!!

A shot by Brahim Diaz, which is saved by the goalie and sent to a corner kick and ends the play!!

Thierry Correira gets a yellow card after a foul in the midfield.

Min 52: what a run by Thierry Correira!!

Thierry Correia ran all over the midfield he won an aerial ball hit it, but Tatarusanu saved it very well !!

And the ball is on it’s way!! Milan moves it!

Milan move the ball from the center Circle

A first half where Valencia lacked effectiveness, they had a clear chance, where Cheryshev hit it very badly,  but they were very well defensively. Milan have been very good in midfield, controlling it with Brahim Díaz, who has moved the ball very well. Nothing for anyone, 0-0!!

There was not much time wasted, so only 2 added minutes!

A ball straight to Leao’s feet, who shoots, but he’s offside!!

Taken by Castillejo, which ends in offside!

Both teams enter the pitch again

Both teams have a refreshing moment, because of the hot weather

Cheryshev had a perfect shot!! but he shoots at Maignan’s hands!! and he parries it away!!

Valencia Start with the posession

Valencia have no injured players!!

José Bordalás’ team comes with all its players healthy and ready for anything, looking to beat Milan for the second time.

Milan don’t have any injuries so far!

Milan have all of their players healthy and in good form for the match against Valencia, Pioli could start anyone for this match!

Can Valencia have a better position in La Liga than last season?

Valencia finished in a very bad position in the last La Liga season, they finished in 13th place, 18 points behind European places, now they are doing very well in preseason, and they have a difficult opponent, will they be able to beat AC Milan?

In a few minutes we will share the starting line-ups of both teams as well as information about both teams before starting the game. Do not miss details of the match with minute by minute live and direct on VAVEL.

¡Valencia and Milan are facing off for the third time in this decade!

The match will be broadcastED on ESPN 2 and ESPN APP. If you want to see it live and online, VAVEL Mexico is your best option.

Time of different countries to watch the match.

Stefano Pioli’s team has played 3 friendly matches of which they have won 2 and have drawn one. the two matches won against Pro Sesto and Modena, they drew against OGC Nice 1-1.

¡Valencia has had a great pre season run!

The Mestalla stadium located in Valencia, Spain, will be the field that will host the match corresponding to international friendlies. The stadium has space for 18,324 people.

Good afternoon to all VAVEL readers!

Welcome to the broadcast of the Valencia CF vs AC Milan match corresponding to a friendly match day. The venue of the match will be at the Mestalla Stadium at 1:30 p.m.