A Super League is not negotiable, says LaLiga president Tebas – AS English 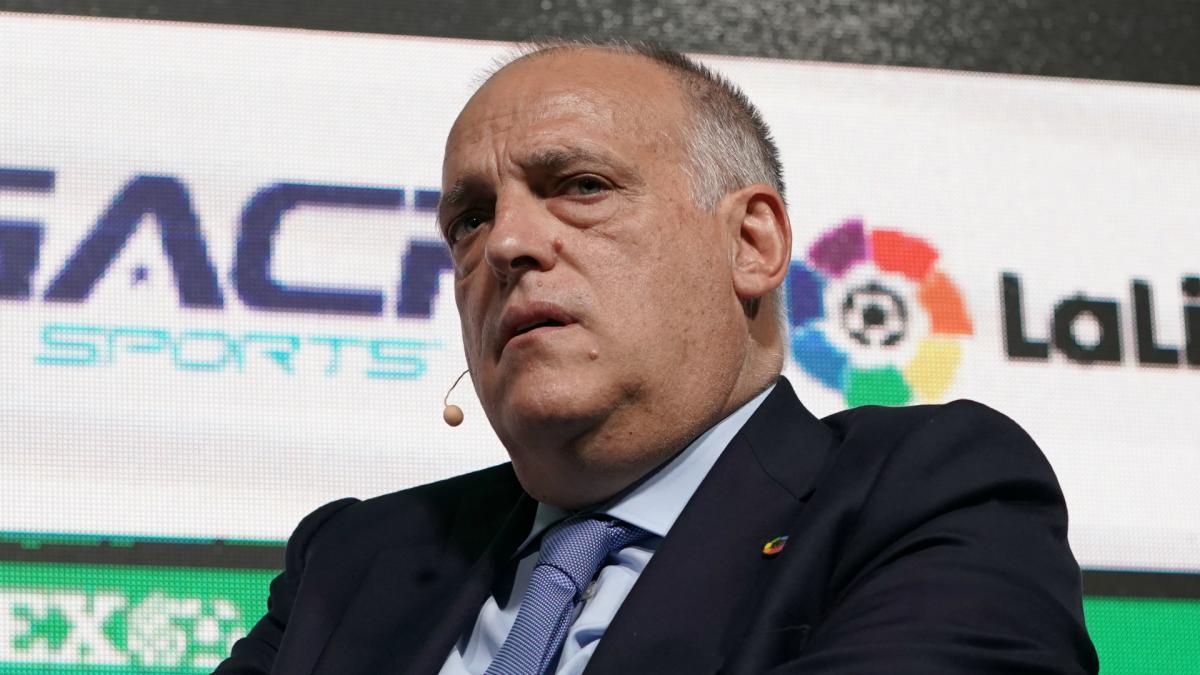 Javier Tebas has declared there cannot be any negotiation for a European Super League, despite LaLiga’s biggest clubs continuing to back the breakaway competition.

Real Madrid and Barcelona, along with 10 other European clubs, including LaLiga champions Atlético Madrid, announced in April their intention to form a new league.

The project was swiftly shot down, with UEFA, European governments, other clubs and fans condemning the proposal.

However, Madrid and Barcelona, along with Juventus, remained involved in the project, with Los Blancos president Florentino Pérez insisting European football needed the Super League.

UEFA’s attempts to punish the rebel clubs have come to an end, with European football’s governing body abandoning legal proceedings in September.

Despite the project seemingly lingering on, LaLiga chief Tebas insisted the breakaway cannot be allowed to happen, and is confident the idea is already a “dead issue”.

“A Super League is not negotiable,” he told Spanish radio show El Partidazo.

“Nor that the big clubs have to dominate national and international football. It is not the future. Any step that one gives there is yielding ownership.

UEFA will continue to take all necessary steps, in strict accordance with national and EU law, in order to defend its interests and – most importantly – those of its members and all football stakeholders.

“I do not give any chance of success to a Super League. In England they realised they were wrong. In Germany more of the same. The Super League is a dead issue.”

Tebas also opened up on his relationship with Madrid president Pérez, who he believes is the only one convinced by the Super League proposal.

“I haven’t been to live football for a long time,” Tebas added. “Why don’t I go to the Bernabéu box? Florentino invites me to all the games at the Bernabeu.

“Peace with Florentino? I don’t know. From a professional football perspective it is impossible for us to understand each other because we have two very different visions.

“The only one who is convinced of the Super League is Florentino. Neither [Barcelona president Joan] Laporta nor [Juve counterpart Andrea] Agnelli are.

“I have no doubt that if Florentino could, he would remove me from the league’s presidency. In institutional politics, Madrid are making mistakes, they are making many enemies.”