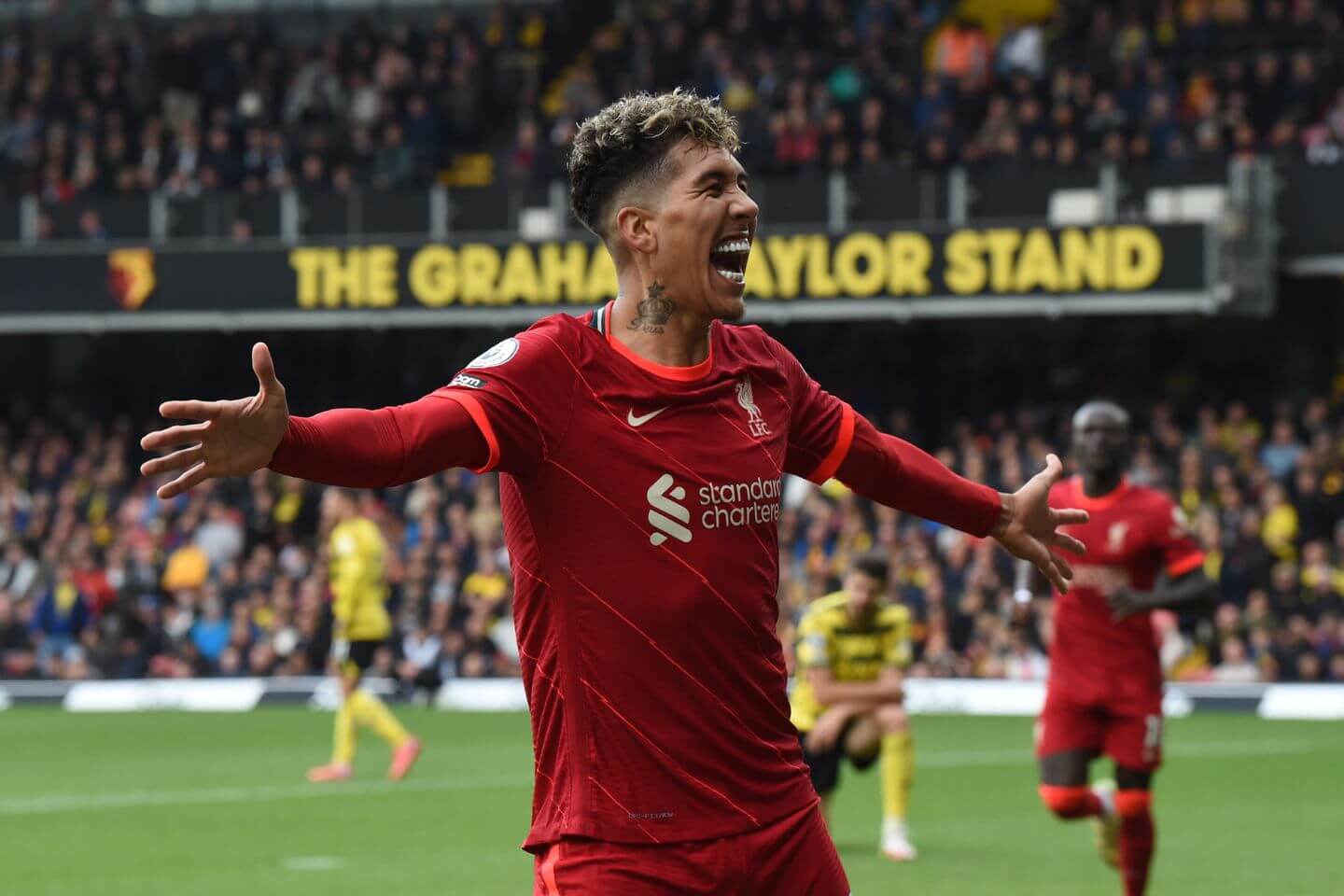 Mohamed Salah’s stunning goal stole the show on a record-breaking afternoon for table-topping Liverpool, who beat helpless Watford 0-5 at Vicarage Road in Claudio Ranieri’s first game in charge of the Hornets.

The Egyptian scored the fourth goal to leave fans open-mouthed, but also contributed with a scintillating assist for Sadio Mane’s opener, a special goal for the Senegalese as it marked his century in the Premier League.

However, plaudits should not gloss over Brazilian Roberto Firmino, who bagged himself a hat-trick in Hertfordshire.

Pre-match, all the talk was surrounding the hosts and their manager Ranieri, who took over during the international break and was overseeing his first Premier League game in charge of Watford.

But it did not take long for the script to shift, as the visitors took control from the first whistle and after just nine minutes Mane was celebrating his 100th league goal in English football.

With their foot on the gas throughout the 90 minutes, it surprisingly took another half hour for the second goal to hit the back of the net as Firmino tapped in a James Milner cross on the goal-line.

The scoreline at the break flattered Watford, but within 10 minutes of the restart it had doubled to 4-0.

Firmino put his second past Ben Foster after an interception from Craig Cathcart dropped kindly for the striker to slot home.

Two minutes later, Salah finally got on the scoresheet, beating four defenders and curling a strike past the overused Foster.

The home side did show some life in the latter stages, with Joao Pedro a particular bright spark in the 20 minutes he played, but Firmino was desperate for his third and he got it in stoppage time.

Once again jogging on the spot, clever play from Neco Williams found the striker at the back post to tap the ball into an empty net from the goal line.

A record seventh straight away match in which the side scored three goals, Klopp’s side are making a mockery of their ‘injury crisis’, remaining the only team unbeaten in the division and sitting at the top of the Premier League table, even if it is temporarily.

For Watford, the reaction Ranieri can elicit out of his side going forward will be critical, at a club that have no fear in removing managers from their posts. He will be disappointed not only in the score, but the manner in which the team played for the majority of the game as they were poor throughout.