Volleyball prepares for test against undefeated No. 2 Louisville – University of Virginia The Cavalier Daily 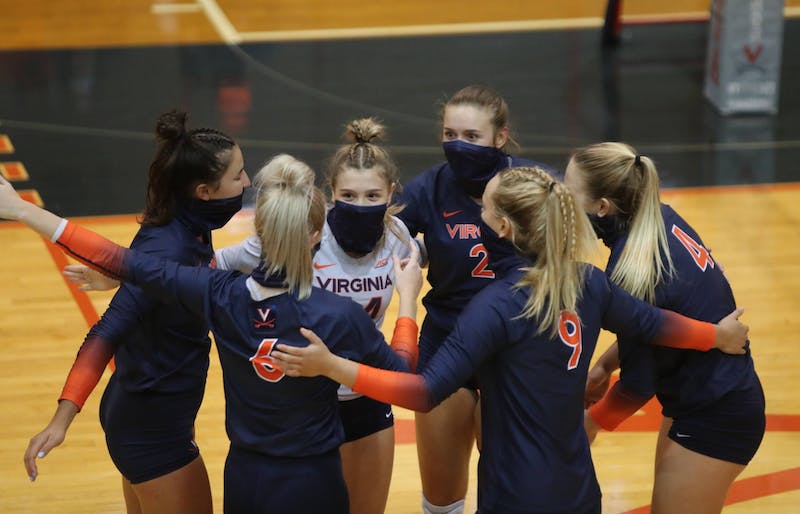 Virginia will travel to the L&N Federal Credit Union Arena in Louisville, Ky. with hopes to give the ACC leader — No. 2 Louisville — its first loss of the season Friday.

The Cardinals (18-0, 8-0 ACC) have enjoyed an incredible start to the season. In their eight in-conference matches, they have only lost one set — coming in their last contest at Wake Forest. Their dominance in both ACC and out of conference play have them sitting at second in the NCAA volleyball rankings — the highest ranking in program history.

Along with Texas, the Cardinals are one of the two teams in the nation that remain undefeated. Coming off an ACC Championship in the spring, this Louisville team has its eyes on a repeat and beyond, looking to bring home the school’s first-ever women’s sports national championship.

Leading the way for the Cardinals are sophomore outside hitter Anna Debeer and graduate student middle hitter Anna Stevenson, who lead the team with 163 and 160 kills, respectively. Stevenson currently ranks seventh in the NCAA with an impressive .464 attack percentage, which leads the ACC.

The Cavaliers (8-10, 1-7 ACC) come into this match on a six-game losing streak — riding a cold spell that has put them near the bottom in the ACC. Nonetheless, while Coach Shannon Wells and her team have struggled to win recently, they have kept the sets close.

This game represents Virginia’s first test against a highly ranked opponent since it lost to Pittsburgh in straight sets on Sept. 29.

Although the Cavaliers have struggled in their ACC contests, Virginia’s deep set of outside hitters and middle blockers have been a bright spot for the squad this season. Freshman outside hitter Brooklyn Borum has had a phenomenal first year, leading the team with 157 kills. Senior outside hitter Grace Turner and sophomore outside hitter Mary Shaffer have also been solid, anchoring a strong Virginia offensive attack.

The most intriguing matchup in this contest will be the duel between Virginia graduate student  middle blocker Alana Walker and Louisville junior middle blocker Amaya Tillman. Walker ranks second in the country and first in the ACC in blocks per set, and Tillman is ninth in the country and third in the ACC. Both players offer a strong veteran presence to their squads, so expect this to be a pivotal matchup that could very well decide the final result.

Louisville enters this match as heavy favorites over Virginia. Going on the road to face the top team in the ACC while on a six-game skid will most likely be the biggest challenge the Cavaliers face all season. However, look for Virgina to attempt to get out in front early in sets. If the Cavaliers want to compete with an elite team like Louisville, they will have to play to their strengths with their powerful front line and feed the ball to Walker or Borum.

If Virginia can manage to take a set or two off of the Cardinals early, it could potentially ride the momentum to its best win in recent memory. Nonetheless, if the Cavaliers can even win just one set against this incredible Louisville team, it would be quite impressive and should give them some momentum to carry over throughout the rest of the season.

The match is set to start at 7 p.m. Friday and will broadcast live on ACC Network Extra.