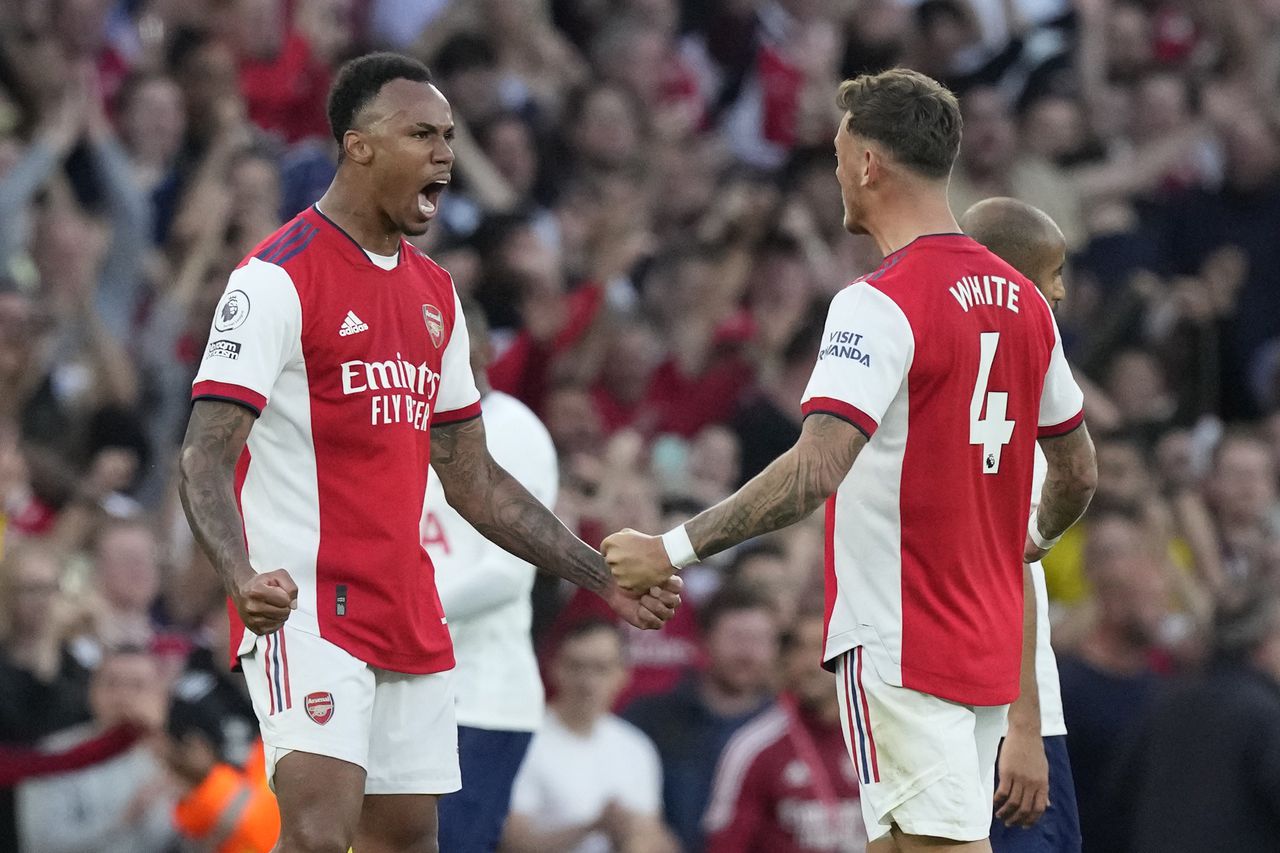 Arsenal and Aston Villa kickoff off a weekend of English Premier League soccer with a Friday afternoon matchup for fans in the United States. Arsenal is stuck in the middle of the pack in the EPL standings, sitting 12th with a record of 3-2-3, with two straight draws during little to help their standing. On the other side, Aston Villa sits right behind Arsenal in the standings with a record of 3-1-4. The club has cooled off after a hot start, dropping their last three EPL matches.

How to watch Arsenal vs. Aston Villa (English Premier League 2021)

What time does the match start? Where can I watch it on TV? – Friday’s match will start off at 3 p.m. EST for viewers in the U.S and will air on TV via NBCSN. (Channel finder: Verizon Fios | AT&T U-verse| Comcast Xfinity | Spectrum/Charter | Optimum/Altice | DIRECTV | Dish | Hulu | fuboTV | Sling.)

More coverage via the Associated Press

More than a dozen European nations are considering the option of last resort in the fight to prevent biennial World Cups: quitting FIFA, according to two people with knowledge of the talks.

Plans to double the frequency of World Cups were pitched by FIFA President Gianni Infantino on a private call on Tuesday with many leaders from the 55 European member associations that are resisting the transformation of the global game.

Behind the scenes, European soccer body UEFA has already heard from more than a dozen federations contemplating informing FIFA of their intention to withdraw their membership of the global governing body, people with knowledge of the situation told The Associated Press. They spoke on condition of anonymity to discuss confidential talks.

A threat of leaving FIFA would confirm what the Nordic federations referenced as options open to them when the six-nation group attacked the plan last week.

“If a majority in FIFA decides to adopt a proposal on (biennial) FIFA World Cups, the Nordic football associations will need to consider further actions and scenarios that are closer to our fundamental values than what the current FIFA proposal stands for,” said the joint statement from Denmark, Sweden, Norway, Finland, Iceland and the Faeroe Islands.

Infantino, who is working with former Arsenal manager Arsene Wenger to gain support for World Cups every two years, claims the plans would help more nations qualify to play on the biggest stage.

But support for sticking with a four-year cycle is coming from nations like Finland and the Faeroe Islands which have never qualified for the World Cup.

Leaving FIFA would not affect any UEFA member’s national or club teams playing in European competitions. Gibraltar gained UEFA membership in 2013 to play in continental games before being admitted into FIFA three years later.

Any country quitting FIFA could have the backing of UEFA President Aleksander Ceferin. He has already dangled the prospect of Europe boycotting a World Cup if Infantino pushes through a radical overhaul of the calendar of national-team games.

FIFA’s proposal foresees a tournament in every off-season, rather than one edition each of a World Cup and European Championship in the current four-year cycle.

Rather than there being match windows in September, October, November and March for men’s international games, Wenger favors just one month-long block of games around October and November for tournament qualifiers.

That would restrict cash flow from matchday revenue to potentially just one period of the year, while creating uncertainty about whether fans would want to watch games in such quick succession and impede the qualification hopes of teams who lose key players through injury in October.

Article 18 of the FIFA statutes set out how a member association can quit the body by providing notice of six months before the end of the calendar year.

Nations leaving FIFA would be an unprecedented escalation of the dispute splitting the global game and it would be hard to see it fully activated if just a few nations go it alone without the backing of the confederation like UEFA.

While UEFA is only one of six continental confederations it generates more cash than FIFA, which serves as the umbrella organization overseeing football worldwide. FIFA generates about $6 billion in a four-year cycle compared to UEFA’s $14 billion fueled by the lucrative men’s version of the annual Champions League for elite European clubs.

UEFA feels having a World Cup every two years would damage the quality of the European club game that dominates football for around 40 weeks annually.

FIFA has been trying to get a slice of the wealth of the global club game by launching an expanded Club World Cup. Its scheduled start in June this year was postponed by the COVID-19 pandemic.

With those plans stalling, FIFA turned to more regular staging of its main source of revenue — the men’s World Cup. FIFA is also exploring holding the Women’s World Cup every two years.

As a vice president of FIFA through his UEFA leadership, Ceferin will be participating in a virtual meeting of the FIFA Council on Wednesday. FIFA’s top decision-making body is due to discuss the biennial World Cup plans that have been weighted so far on finalizing a new structure for the men’s game.

“The feasibility study about a biennial World Cup has not been concluded or presented yet,” UEFA said in a statement, “nevertheless FIFA seems to be trying to push through a revolution without being able to demonstrate the benefits of it.”

UEFA is unhappy it had no input in the appointment of representatives on the expert group headed by Ellis.

“There is no representation of confederations or leagues that have the key expertise to run women’s football competitions within the framework of football calendars on a daily basis,” UEFA said. “We requested a joint stakeholder forum, as so far UEFA, leagues and competition organizers together with the clubs have not been heard in this process. No confirmation has been given by FIFA at this point.”

FIFA only this week gathered coaches of men’s national teams to discuss proposals that could see the 2026 World Cup co-hosted by the United States, Canada and Mexico — and the first with the jump from 32 to 48 teams — followed by another edition in 2028. UEFA has already started the process of finding hosts to stage the European Championship as scheduled in 2028 in its four-year cycle, putting FIFA into direct conflict with European plans.

A 2028 World Cup would be just before the Los Angeles Olympics, leaving the sponsors of World Cups and the International Olympic Committee like Visa and Coca-Cola with two events close together.

The IOC has opposed FIFA’s plans in a rare rebuke of one of its sports and an IOC member, which Infantino is.

Clashes in the schedule with other sports, the men’s World Cup overshadowing women’s editions of the tournament, and “a further massive strain” on athlete welfare were all cited by the IOC after an executive board meeting on Saturday.

FIFA has not set a formal date for a decision on its World Cup proposal, though a meeting of its 211 national members could be held in December.