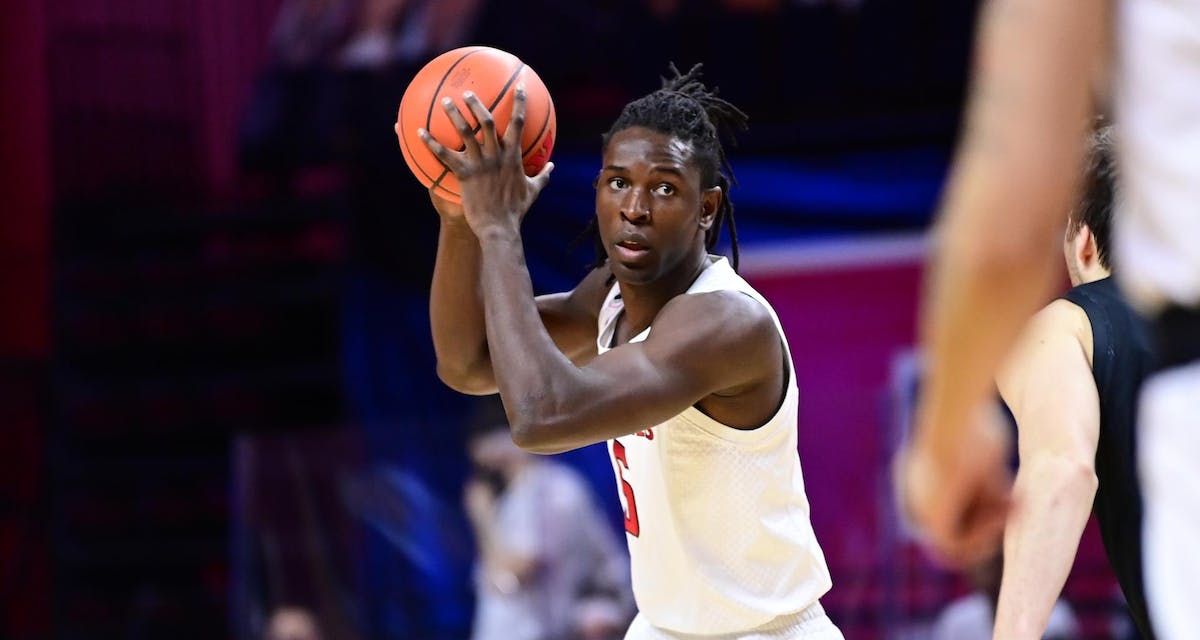 Sophomore center Clifford Omoruyi still remembers the Rutgers Athletic Center (RAC) on Livingston campus’ crowd’s enthusiastic chant of “We want Cliff” when he attended games as a senior at Roselle Catholic High School. To him, the RAC immediately felt like home.

“(The crowd) doing that showed to me the kind of love (the fans) have for me,” Omoruyi said in an exclusive interview with The Daily Targum at the Scarlet Knights’ annual media day. “I didn’t know people knew my name like that.”

Now a sophomore, Omoruyi has spent his summer working around the clock to fill the void left by Big Ten All-Defensive center Myles Johnson, now at UCLA.

Luckily for Rutgers, the Benin City, Nigeria native has all the tools to do just that.

Omoruyi stands at 6 feet 11 inches tall, weighs 240 pounds and is explosive around the rim on both offense and defense. He is truly one of those players where if you throw a lob pass anywhere near the rim, he will go up and get it for a highlight dunk. A short look at the center’s high school highlight tape is all the evidence needed to support this claim.

Being the first top-50 recruit that the Scarlet Knights have landed in over a decade, Omoruyi arrived in Piscataway with high expectations. He began his freshman season as the starting center until a mid-season knee injury sidelined him for a month.

Upon his return in mid-January, Omoruyi served as the backup center to Johnson and played a key role in snapping Rutgers’ three-decade-long drought from the NCAA Tournament.

“Athletically (Omoruyi is) at as high a level athlete as there is anywhere. But as a person, too, off the charts. (Omoruyi) will be as improved a player as there is in the league,” said head men’s basketball coach Steve Pikiell at Big Ten media day. “I think he learned a lot last year. He was injured. He started the season as a starter, fought through some injuries, then played behind a very experienced (Johnson). He’s ready to take that next step.”

While his athleticism and prowess around the rim are a key part of his game, Omoruyi has dedicated time this summer towards becoming a more all-around player.

Training hard at the RWJ Barnabas Health Athletic Performance Center on Livingston campus over break, Omoruyi has worked to improve his outside shooting, shots such as 15-footers that figure to take his game to the next level.

“I have worked especially on my mid-range and my shooting,” Omoruyi said. “I’m working every day just to improve on that stuff.”

In addition to his work on the practice court this summer, Omoruyi took part in training camp for the Nigerian Olympic basketball team, where he faced off against professionals such as Jahlil Okafor, Precious Achiuwa, Josh Okogie and Ekpe Udoh. Nigerian men’s basketball coach Mike Brown has high praise for the young center.

“(Omoruyi) has been a pleasant surprise,” Brown said. Brown currently serves as an assistant coach for the Golden State Warriors and has won three NBA championships. “The Rutgers product has shown me some impressive things during practice … Rutgers fans are lucky to have him.”

Omoruyi’s dedication to his craft has not gone unnoticed in Piscataway either, prompting Pikiell, a notoriously tough critic of work ethic, to hand out exceptionally high praise towards the young center.

“(Omoruyi) is the hardest-working big man we have ever had here,” Pikiell said at last week’s media day. “If a big guy works harder than (Omoruyi), I’d be shocked.”

Much like everybody else in the Rutgers community, Omoruyi is more than ready to finally play in front of fans at the RAC, an experience he missed out on due to coronavirus disease (COVID-19) restrictions last winter. It is possible that with this aid from the returning fans combined with his hard work this offseason, Omoruyi can have a breakout sophomore season in 2021-2022.

“We are pretty excited to have the fans back because it’s going to boost our energy up,” Omoruyi said. “This year, having the fans backing us up is going to add a lot to our games and how we play.”